The membership of STG comprises people of all walks of life. We are one big family and are always ready to welcome new folks who share a common love for community, theatre --- and community theatre!

The Executive Committee is a group of elected officers that lead the Guild in various areas. 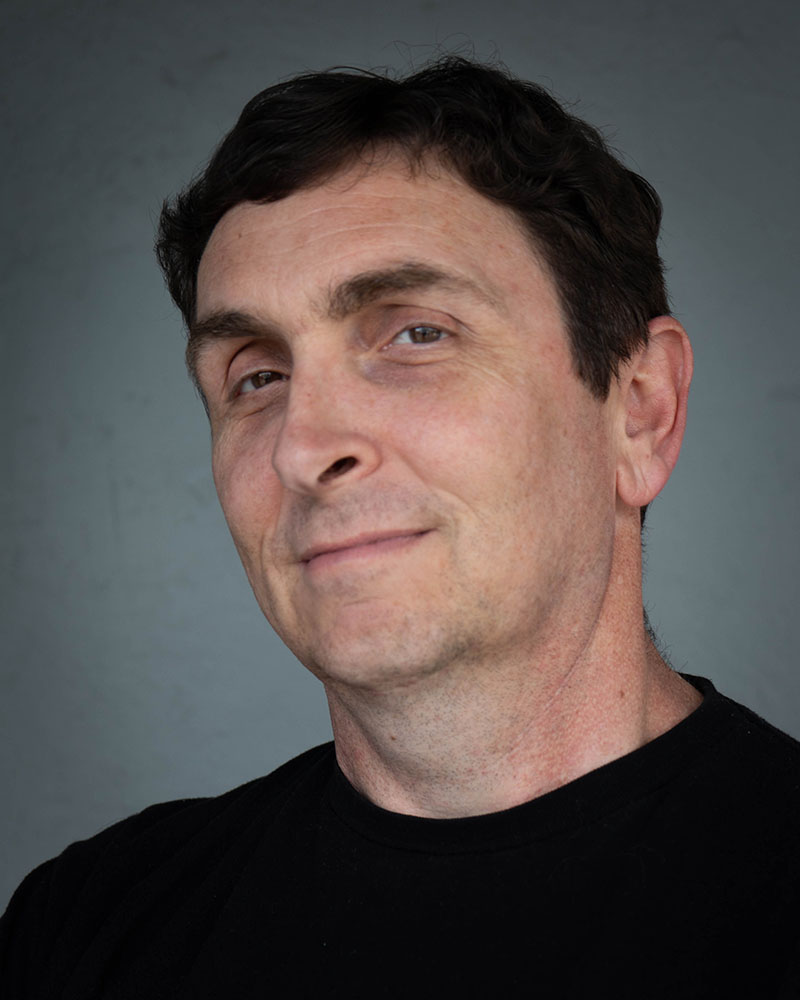 Mike has been with Southside Theatre Guild since 2003, appearing in many shows, often as the villain. Counter to the characters he tends to play on stage, Mike is a very nice person in charge of promoting all of the excellent things occurring at the theater. It is very similar to what he does in his professional career in corporate communications. If you’ve lived in the area a long time you might also remember him from his days as a reporter at The Citizen News.

Mike brings a lot of experience to the board, having served on the boards of The Clothes Less Traveled, Bloom, and Liberty Tech Charter School. His wife, Sabine, and his children, Colin and Nora, have all participated in different shows and programs at Southside Theatre Guild. Mike currently serves as director of the Southside Sidekicks and is hoping to play a nice guy in the next show he is in at STG. 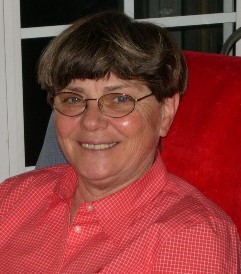 Paula Byram joined STG in the early 1980's. She has served on the executive committee as Member-at-large and Vice President. Working behind the scenes is the job she loves and does best, having tried nearly all of them. Her favorite job is designing and lighting the shows. She understands the challenge of making sure actors are in the light (or dark) when they are supposed to be. For the last five years Paula has worked as box-office coordinator at STG. She has received numerous theatre awards, but her most coveted are the President's Award which she has received more than once, and the Golden Guilder award this year which is voted on by her peers. She retired in 2010 from a thirty-year career in education as a special education teacher and administrator. Her interests include world travel, Canasta, reading, church, and her dachshund Maggie May. 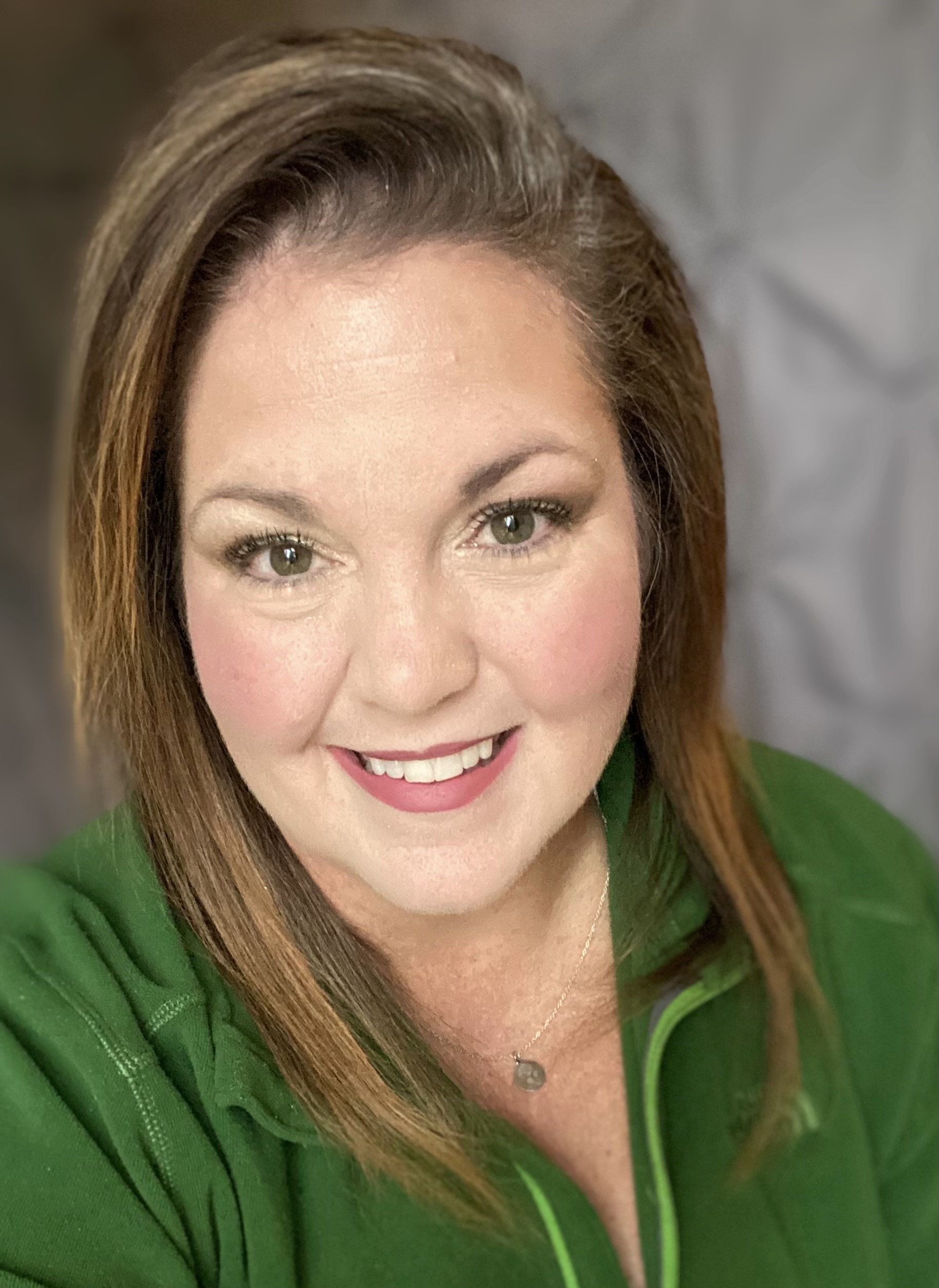 Dee Dee Carr found a love for the theatre while she was in high school. Once she graduated high school, she went on to perform in summer productions with C.A.S.T. at the Clayton Performing Arts Center while she was in college. Then, she found Southside Theatre. Her first production at STG was in the summer of 1993. She was cast as “Jan” in Grease. After that, she was hooked. She performed in eight incredible productions after that. She was a member of the script committee, Associate Member-at-Large, and even an Assistant Director. Dee Dee got married to her husband, Dave and had two beautiful daughters, Caitie and Haley. She then took on the role of wife and mother. Once her girls went off to college, Dee Dee decided it was time to come back to the theatre. She returned to the stage in 2019 and has not looked back. Her last performance was one of her favorites. She was “Truvy” in Steel Magnolias.

When she is not at the theatre, she is a Certified Nurse Midwife at Women’s Medical Center in Tyrone, GA. She has been a midwife for eighteen years and has delivered over 4000 babies. She is always excited to have her patients and coworkers come and see her perform on stage and not believe that it is her! She has also been a part of the Cystic Fibrosis Foundation in Georgia. Her youngest daughter has Cystic Fibrosis (an incurable genetic disease that affects the lining of the stomach and lungs and can cause poor absorption of food and lung infections). She served as a Team Leader and Regional Chair for one of the largest fundraisers for the CF Foundation. The millions of dollars that have been raised since her daughter was born has moved the average life expectancy of a person with CF from 25 to 53 with the new advances in therapies.

She is thrilled to be a part of the Executive Committee. Building the membership of STG has become one of Dee Dee’s passions. She wants the theatre to grow and continue to bring amazing productions to the patrons of Southside Theatre Guild. 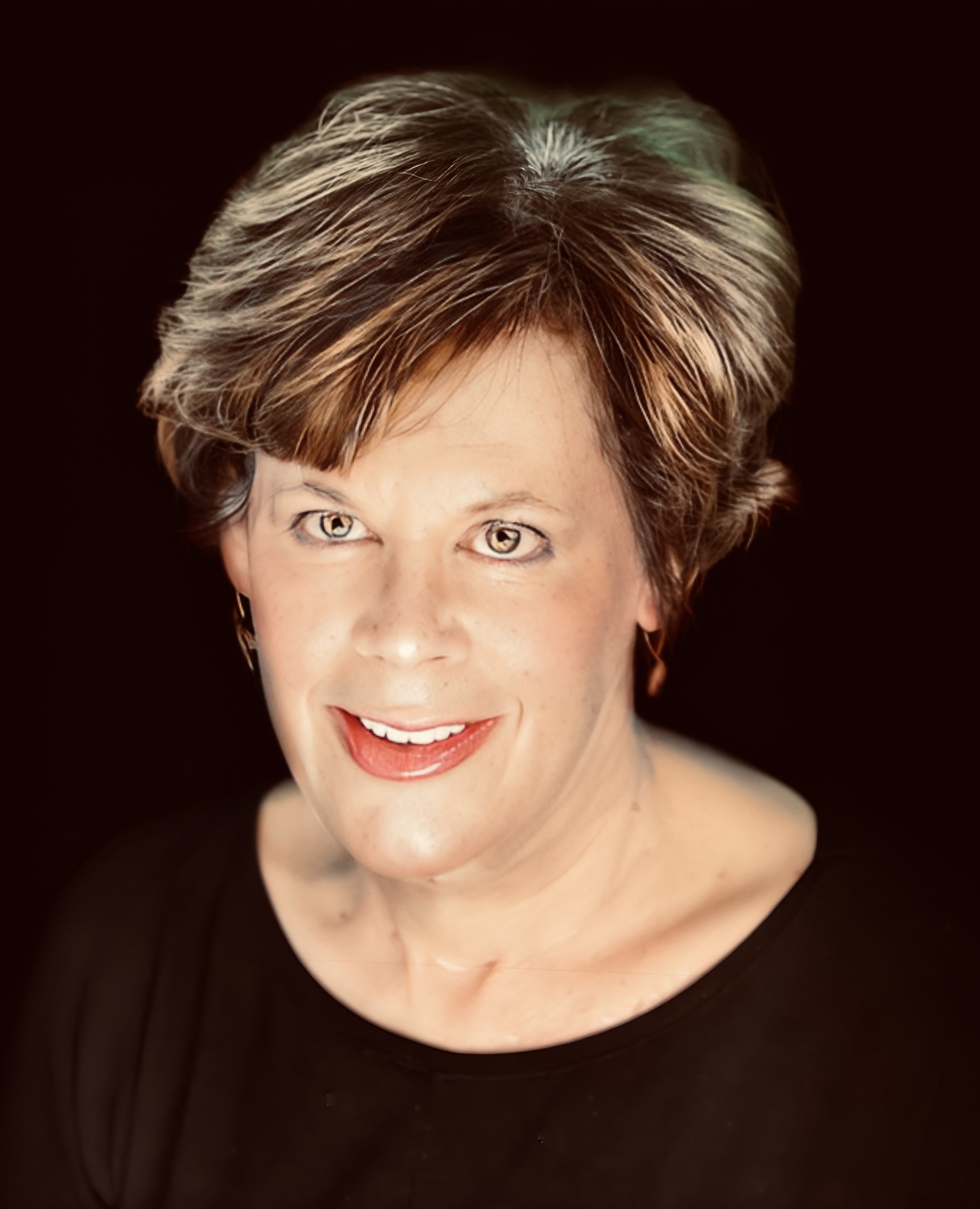 Jane joined STG in 2021 and has enjoyed meeting so many new people and finding ways to contribute and get involved. This past year Jane was thrilled to make her debut onstage at STG as Clairee in Steel Magnolias and is serving on the theatre’s history committee to continue the work of preserving the past for future generations. After earning a degree in theatre and speech from Berry College, Jane became a flight attendant and traveled the world for 42 years. On date nights, she and her husband Paul saw many great shows at STG, and Jane knew one day she would “retire her wings” and become involved in this community of friends who work together to create theatre for all to enjoy. This is now a place to call her “theatre home”.

In addition to serving on the Executive Committee of STG, Jane has a passion for connecting with people and has found a calling packing and delivering Meals on Wheels through Fayette Senior Services. Recently, she has also begun serving as a mentor to a high school student through REACH Georgia. 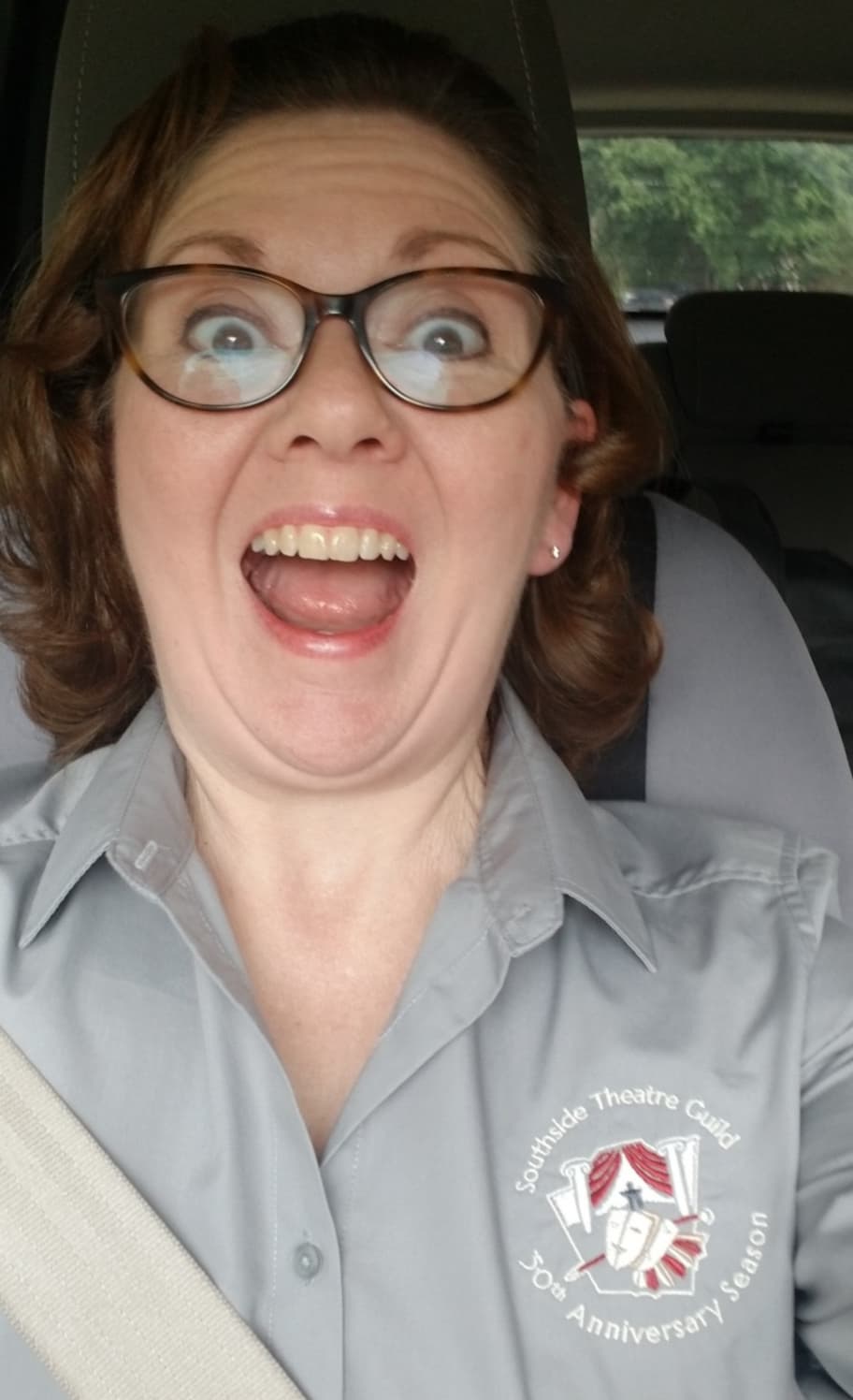 Heather’s involvement with STG began in the summer of 1979 when she unexpectedly stumbled upon a technical rehearsal of The Velveteen Rabbit.  She was enthralled with everything taking place; setting lights, moving sets, actors performing and a director giving instructions.  Her mother was cast in the next production and soon after her entire family became involved.  Since that day she has performed onstage, worked backstage and has served as Associate Member at Large, Secretary, Vice President of Productions, Publicity and Parliamentarian on the Southside Theatre Executive Committee.  She met her husband Jonny at the theatre and they raised their children here.  Being “theatre kids” influenced their children’s careers as their son Ian has a BFA in Film and Television from SCAD in Savannah and their daughter Erin is a full-time Walt Disney World employee.  Heather recently left the medical/dental world to pursue acting professionally and while waiting on her big break, has been having a blast doing background work in television and films around Atlanta.   STG has obviously had a huge impact on her life and the lives of her entire family.  Three generations participating so far.   She continues to work hard for the future of STG in hopes that it will be around for a fourth! 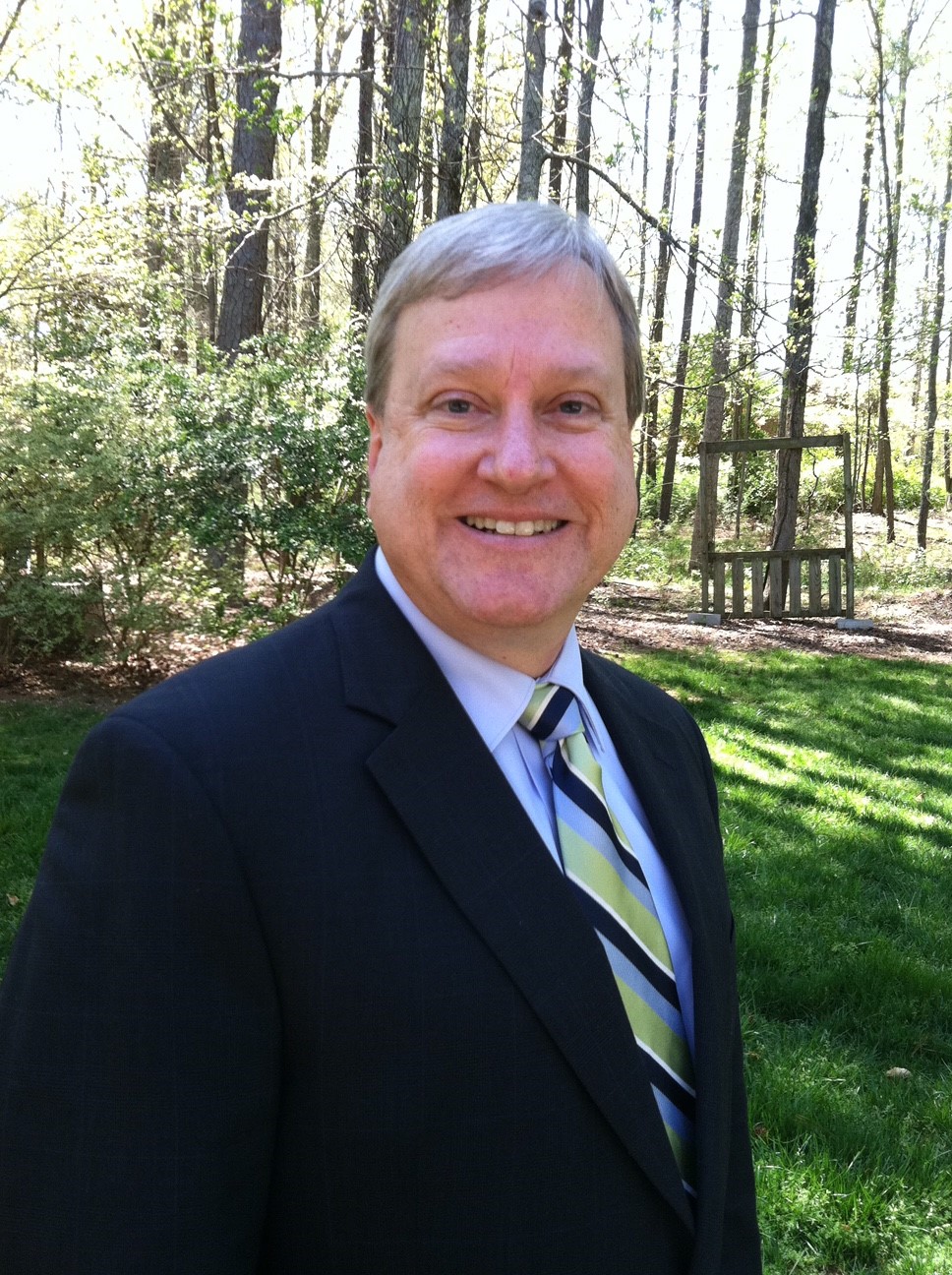 Chris Shellnutt is a Fairburn native and has appeared in over 40 productions as a performer. He has served as president and treasurer of Southside Theatre Guild and has been Lighting Designer for dozens of STG, Legacy Theatre, Landmark School and most recently several productions of Always, Patsy Cline.  Some favorite acting roles include Rick in The Nerd, Dolan in Mister Roberts, Tin Man in The Wizard of Oz, Richard in Lion in Winter and Ralph in A Christmas Story.  He met his wife, Valerie, while directing Anything Goes at STG. (She was the choreographer.) Chris has also appeared in over 30 film and television productions as a “Background Artist.”   He has directed Bus Stop, Harvey, Crimes of the Heart, The Foreigner, Steel Magnolias, On Golden Pond, Smoke on the Mountain, The Nerd and The Cemetery Club. Most recently Chris wrote and directed The Collins Family Christmas Special, as a special benefit for Southside Theatre Guild. 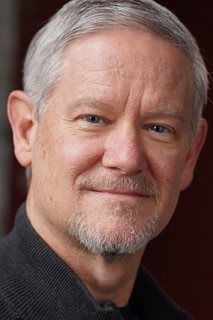 Boone Smith has enjoyed being a part of the Southside Theatre Guild (STG) family since 2008.  Over the years, he has worked both behind the scenes and on stage.  He has served STG as publicity chair, script committee member, and for several years as president. He has worked behind the scenes as stage manager, sound tech, light tech and house worker. On stage he has acted in Christmas Belles, Seussical, A Funny Thing Happened on the Way to the Forum, Wait Until Dark, Mama Won’t Fly and several other shows. Theatre, especially STG is a big part of Boone’s life. He and his entire family are involved and would love for you to join the fun and friendship that STG offers as well. There is something for everyone both on and off the stage whether you are new to live theatre or a veteran. Please come and join us! 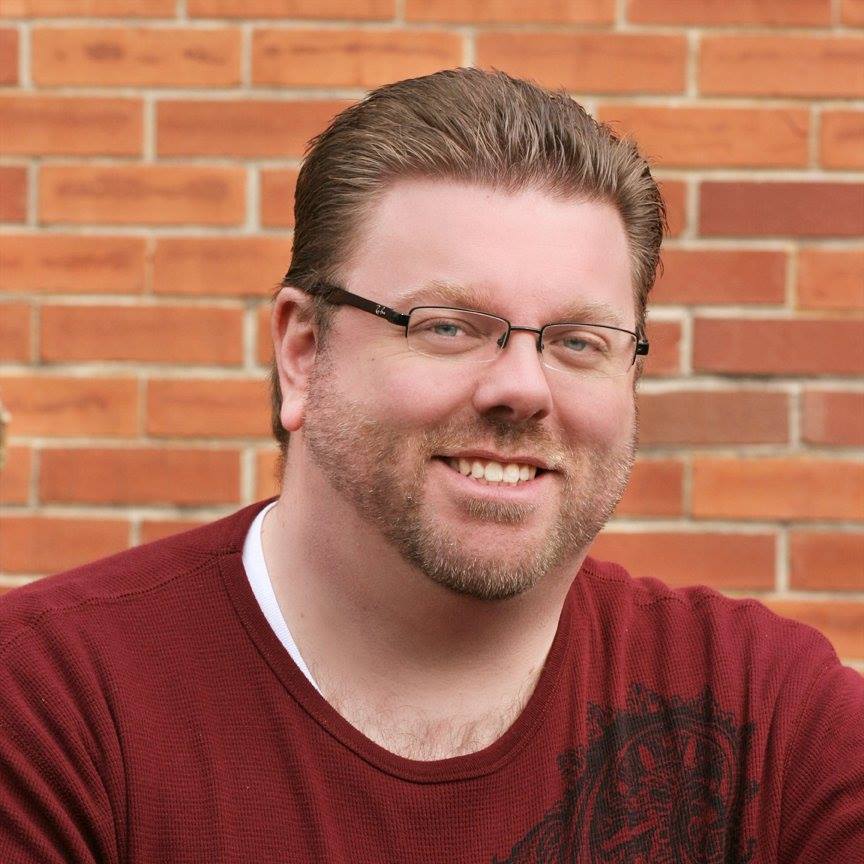 Since his first show, The Wizard of Oz in 1992, Jared has treasured all his many roles (onstage and off) among Southside Theatre Guild’s rich history. Over the last two years, he has been a member of the Script, Nominating, and Re-Opening Committees. Before that, he took a three-year hiatus to teach high school theatre (somewhere over the rainbow). Jared is a 2004 graduate of Jacksonville State University with a Bachelor of Arts Degree in Theatre with a Minor in Music. He works as a photographer and digitizing specialist, digitizing a wide variety of media so that people can keep their memories at their fingertips. 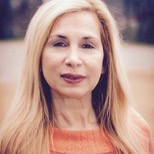 Amy’s love for theatre was nurtured by her extraordinary mother, Libba Smith, who earned honors and accolades as a writer, storyteller, actress and community servant. With her inspiration, Amy performed in school and community plays and went on to acquire a theatre degree from Georgia Southern University where she was voted “Best Actress” in 1975.  After earning a Masters in Education, Amy continued to make theatre and drama a significant part of her life both with her involvement as a performer in community theatre and as an educator. Creative dramatics was a central theme in her teaching career as she served Special Education and Gifted students. Her use of creativity in the classroom contributed to her being named “Teacher of the Year” for Treutlen County. Amy also established her own after school/summer drama program called “Dramatic Fanatics”. She recently retired from 36 years of teaching and is now focused on continuing to share the joy of drama with children through her personal theatre program and community service. Amy is married to Ron Beaucham and the two of them are finding immense delight in being grandparents to their adorable George! Amy is thrilled to be serving in the area of publicity for Southside Theatre Guild. She began her involvement as a stage manager for Fiddler on the Roof and has recently performed in Beauty and the Beast and Annie. Amy was instrumental in forming “The Southside Sidekicks” and hopes that this improv group will only grow in its service to the theatre and community. 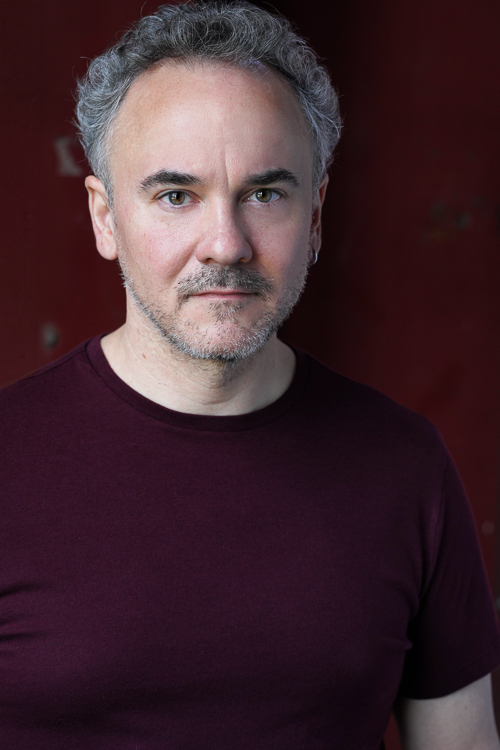 Jonny has been active with STG both on and offstage since 1986. He met his wife Heather at the theatre, and they've been participating regularly ever since. He has served in several positions on the Executive Committee, including Associate Member-at-Large, Member-at-Large, Parliamentarian, and VP of Productions. He and Heather have two adult children (Ian [and Kylie!] and Erin) and two cats (Biscuit and Little Black Cat). Jonny holds a BFA in Interactive and Media & Web Design from the Art Institute of Atlanta and currently works as a freelance web designer, and as an actor represented by Top Talent Management based out of Chattanooga, TN (615.490.1101). 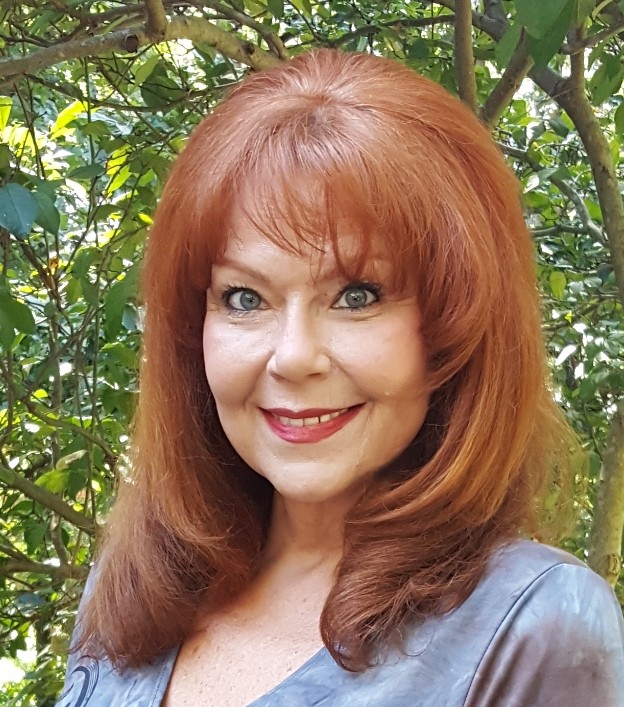 Janet has worked in theater in the metropolitan Atlanta area for over 40 years, but has always considered Southside Theatre Guild to be her theater home.   Her first lead role was as Mina in STG’s 1979 production of Dracula and her most recent appearance was in 2016 as Ida in The Cemetery Club.    She has served on the Executive Committee in several positions and worked as director, stage manager, costumer, set designer and many other required tasks at the theater.  She is a proud mother and grandmother and currently resides in Fayetteville with her loving husband, Ted and their dog, Angus.