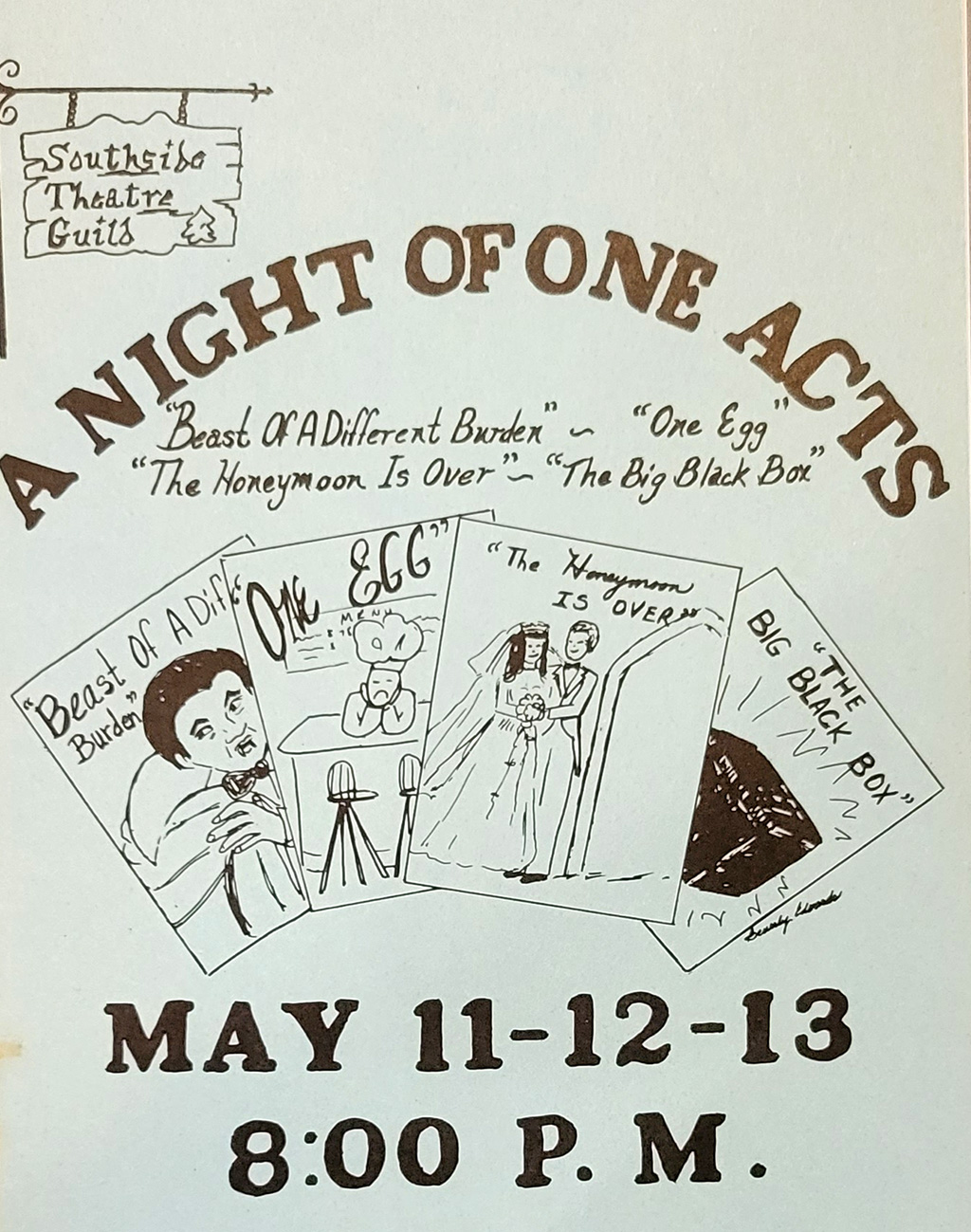 A Night of One Acts

Act I: "One Egg" by Babette Hughes (Directed by Wally Wulff)

Act III: "The Honeymoon is Over" by M. M. Musselman (Directed by Marian Johnson)

A Night of One Acts
Online price:
Adults: $
*
Children 12 and under: $
*
Buy Tickets Now
* A processing fee up to $4 will apply
‍
If you require special seating considerations for limited mobility, please contact the box office directly at 770.969.0956 770.969.0956 and we will do our best to accomodate you.
View Cast List
View Production Photos