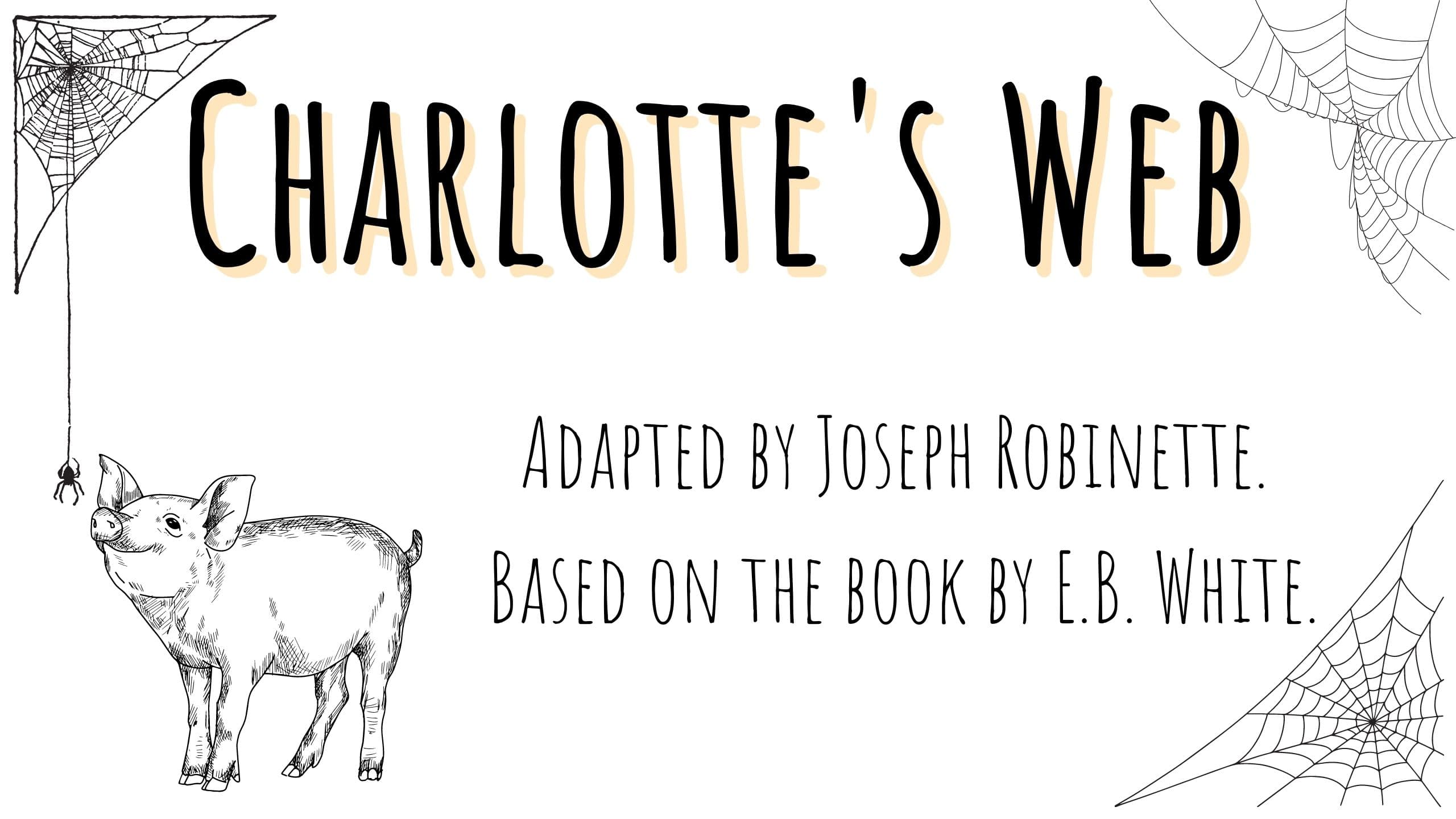 Adapted by Joseph Robinette. Based on the book by E.B. White.

Originally produced by STG in 1990. The Children's Literature Association named this "the best American children's book of the past two hundred years," and Joseph Robinette, working with the advice of E.B. White, has created a play that captures this work in a thrilling theatrical presentation. All the enchanting characters are here: Wilbur, the irresistible young pig who desperately wants to avoid the butcher; Fern, a girl who understands what animals say to each other; Templeton, the gluttonous rat who can occasionally be talked into a good deed; the Zuckerman family; the Arables; and, most of all, the extraordinary spider, Charlotte, who proves to be “a true friend and a good writer.” Determined to save Wilbur, Charlotte begins her campaign with the "miracle" of her web in which she writes, "Some pig." It's the beginning of a victorious campaign which ultimately ends with the now-safe Wilbur doing what is most important to Charlotte. This is a beautiful, knowing play about friendship that will give your actors a great opportunity and your audience an evening of enchantment.

Opening Night Special! Tickets for opening night will be priced the same as when STG first produced the show! $6/adults and $4/children under 12 (a $3 fee applies).

Buy Tickets Now
* A processing fee up to $4 will apply
‍
If you require special seating considerations for limited mobility, please contact the box office directly at 770.969.0956 770.969.0956 and we will do our best to accomodate you.

COVID-19 Mask Policy: Face coverings may be used by patrons at their discretion, and recommended for those immunocompromised.

Produced by arrangement with THE DRAMATIC PUBLISHING COMPANY of Woodstock. IL