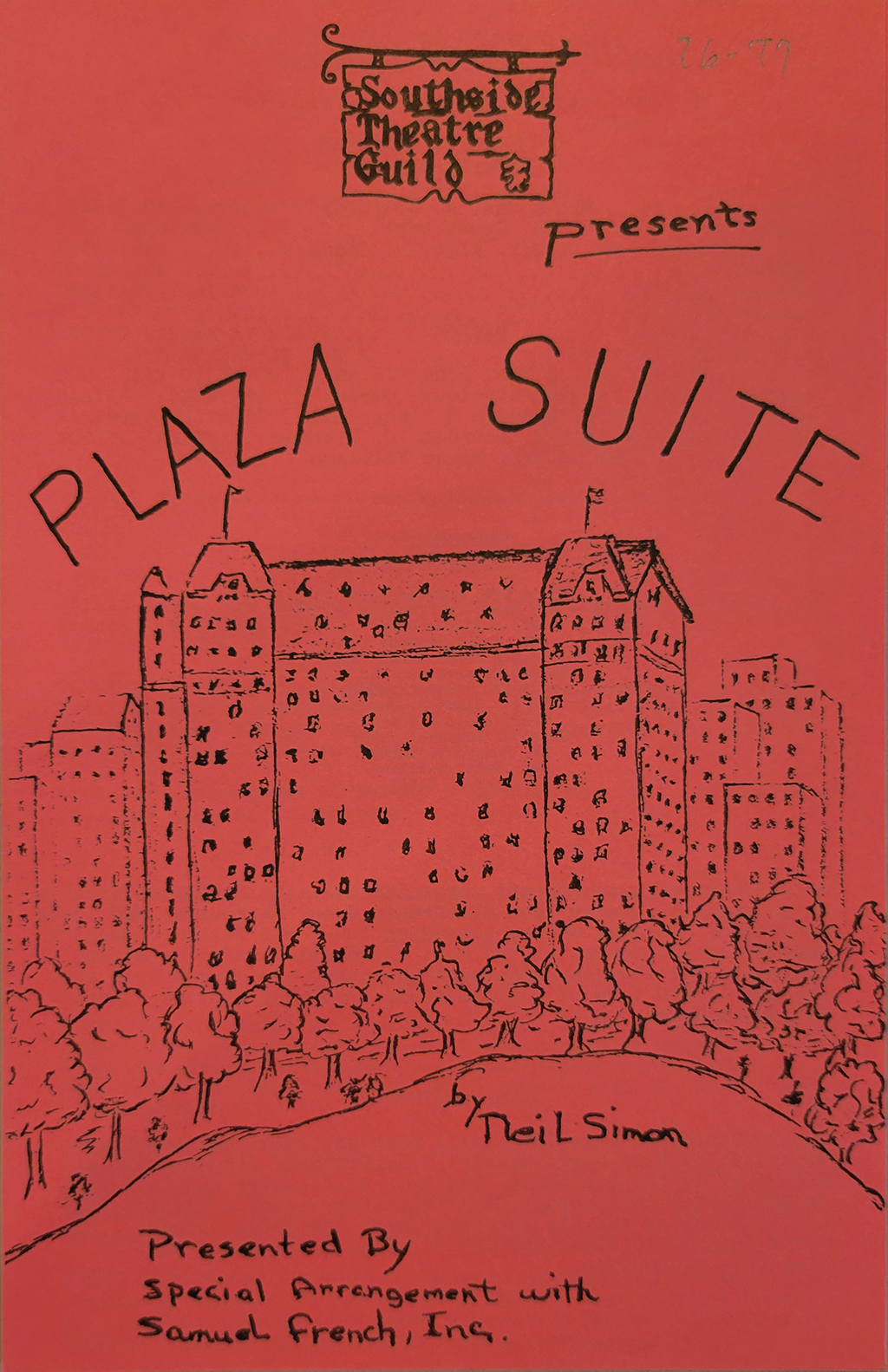 The first play introduces us to a suburban couple who take a suite at The Plaza while their house is being painted, and it turns out to be the same one in which they honeymooned 23 (or was it 24?) years ago. A wry tale of marriage in tatters. The second act shows us a top-drawer Hollywood producer who after three marriages is looking for fresh fields, and so calls his childhood sweetheart, now a suburban housewife. In the intervening years she has idolized him from afar, and she is now more than the match he bargained for. The last scene shows us the same suite, with a mother and father fighting among themselves over the best way to get their daughter out of the bathroom and down to the Ballroom where guests await her - or as Mama yells, "I want you to come out of that bathroom and get married."

Plaza Suite
Online price:
Adults: $
*
Children 12 and under: $
*
Buy Tickets Now
* A processing fee up to $4 will apply
‍
If you require special seating considerations for limited mobility, please contact the box office directly at 770.969.0956 770.969.0956 and we will do our best to accomodate you.
View Cast List
View Production Photos